The morning of November 25th, 1856, Mary Chipman Lawrence set sail aboard the whaling ship Addison bound for the Pacific on a voyage that would last three and a half years.  In this performance, Mary will bring forth from her meticulously kept journal, the joys and tribulations of life at sea with her husband, Captain Samuel Lawrence, and their daughter Minnie. 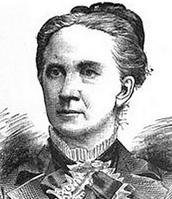 Characters come to life with costumes and theatrical settings that transport the audience back in time.  ALL PERFORMANCES INCLUDE PERIOD SONGS, sung in Anne's clear soprano.

She'll relate her experiences as the President's wife, deftly navigating the expectations and pitfalls of defining the role of First Lady. She's concerned about the current political climate, her husband's challenges in guiding this new country, and supposed allies who are not what they seem. Spend an hour in the 18th century with the First First Lady! 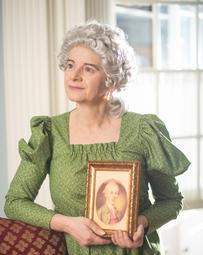 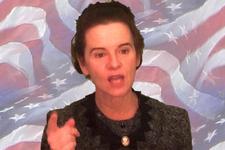 "Victoria Yule" welcomes you into her parlor where she'll share the history of many Christmas traditions, passed down to her from "Grandmama and Grandpapa."  She'll read Dickens, display toys and handmade gifts that her family will be exchanging around the Christmas tree, and in her clear soprano, sing songs of the season. Travel back in time to Christmas 1895 with this fun, creative and engaging performance!  Audiences say, "For the past hour I felt like I was IN 1895!" 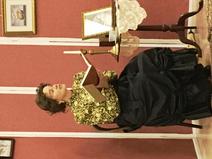 The sights and sounds of foreign ports and their inhabitants, the sailors' sea chanteys, the surprisingly robust social life amongst whaling ships, and the challenging everyday details, all will come to life as Mary takes you on a journey so real, you'll feel the pitch of the ship and the spray over the rails. 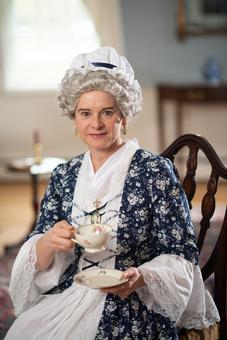 Smithsonian Magazine declared "Elizabeth Hamilton is deserving of a musical of her own!"  From wealthy belle to family protector, Eliza's indomitable spirit and unwavering devotion to Alexander enabled her to survive and thrive after tragedy. Her commitment to creating Alexander's legacy, after his tragic death, is the reason we know so much about his life more than two hundred years later.

Life Aboard a Whaling Ship

Meet the first woman to run a full presidential campaign, IN 1884!  Belva Lockwood, the first woman to be admitted to the Supreme Court Bar, delights audiences with a lively campaign speech detailing her fight to be admitted to the highest echelons of the American judiciary system, and her early struggles as a woman trying to break free of social conventions and live her life as an independent, educated and ambitious woman.​​

There's more to Martha than we read in history books!  In 1759, the attractive and wealthy widow Martha Dandridge Custis married the handsome and successful soldier George Washington, a decision that would lead her from the battlefields of the American Revolution to the highest echelons of the infant republic.

She'll share her private family joys and sorrows, and reminisce about the winters she spent at the Revolutionary encampments.